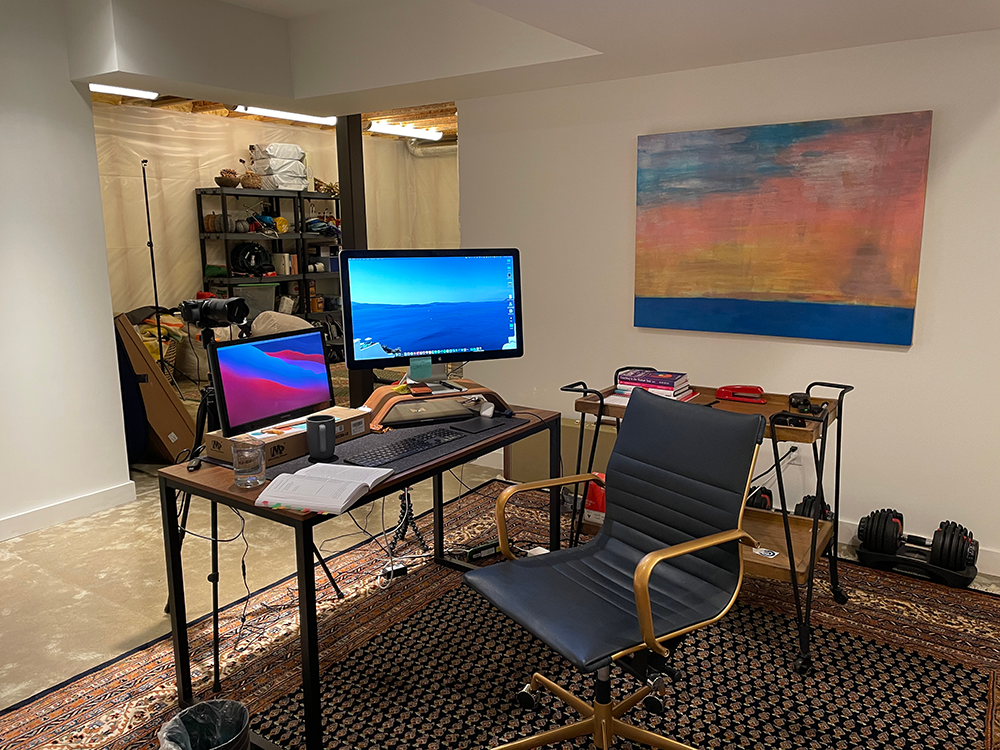 Working from The Morrill's basement.

Each of us needs our own village of people, and 2020 has made that particularly hard. Even before COVID, I would often cite a quote from Kurt Vonnegut:

“When a couple has an argument nowadays they may think it’s about money or power or sex or how to raise the kids or whatever. What they're really saying to each other, though without realizing it, is this: ‘You are not enough people!’”

For the last six weeks, Kate and I have been staying with Danielle and Kevin Morrill at their house in Denver. It’s been refreshing to have someone other than Kate to talk to on a regular basis—COVID has left us putting an awful lot of pressure on our significant others. But we couldn't shake the desire to be home, to have a quiet breakfast in our sun-filled breakfast nook, and ironically ready to have fewer people.

When I wrote the first edition of Letters nearly a year ago, I wanted to use the format to build new friendships and help water relationships I’d neglected—I wanted to find more people. I modeled my newsletter after Tobias Van Schneider’s newsletter, which is a blend of personal and professional.

So I guess I'll keep doing this for a while.

As I sat down to write, wiggling my fingers to loosen ‘em up, I realized the last six weeks have been some of the most exciting and productive of my life. Not only have I made a lot of progress, I’ve learned enough to transform my thinking on more than one subject.

After edition three, we decided we needed to let the “Jerry Colonna on” headline format die and write better headlines. This paid off big time, with Edition four getting 12K reads vs. the next highest clocking in at 2.1K.

Total subscribers are a little over 3K after 6 weeks, which speaks to the power of the bundle the team at Everything is putting together. For reference, it took almost a year for Holloway’s Good Work to reach ~5K subscribers.

What I've Been Reading

“Anxiety is also evident in excessive time spent on tasks. Anticipating negative criticism from others means that every last detail of what could go wrong has to be exhaustively prepared for, not once but several times … Managers living in a mood of Anxiety find it difficult to develop a long-term strategic focus … they find it difficult to delegate, they micromanage, have a short-term focus and do not develop the resourcefulness of their people.” (Vol.
II, p. 272)

What I've Been Listening To

Things You Can Use

How You Can Help

Looking forward to what’s next,