11 / The story behind my latest project, Hoo Boy. 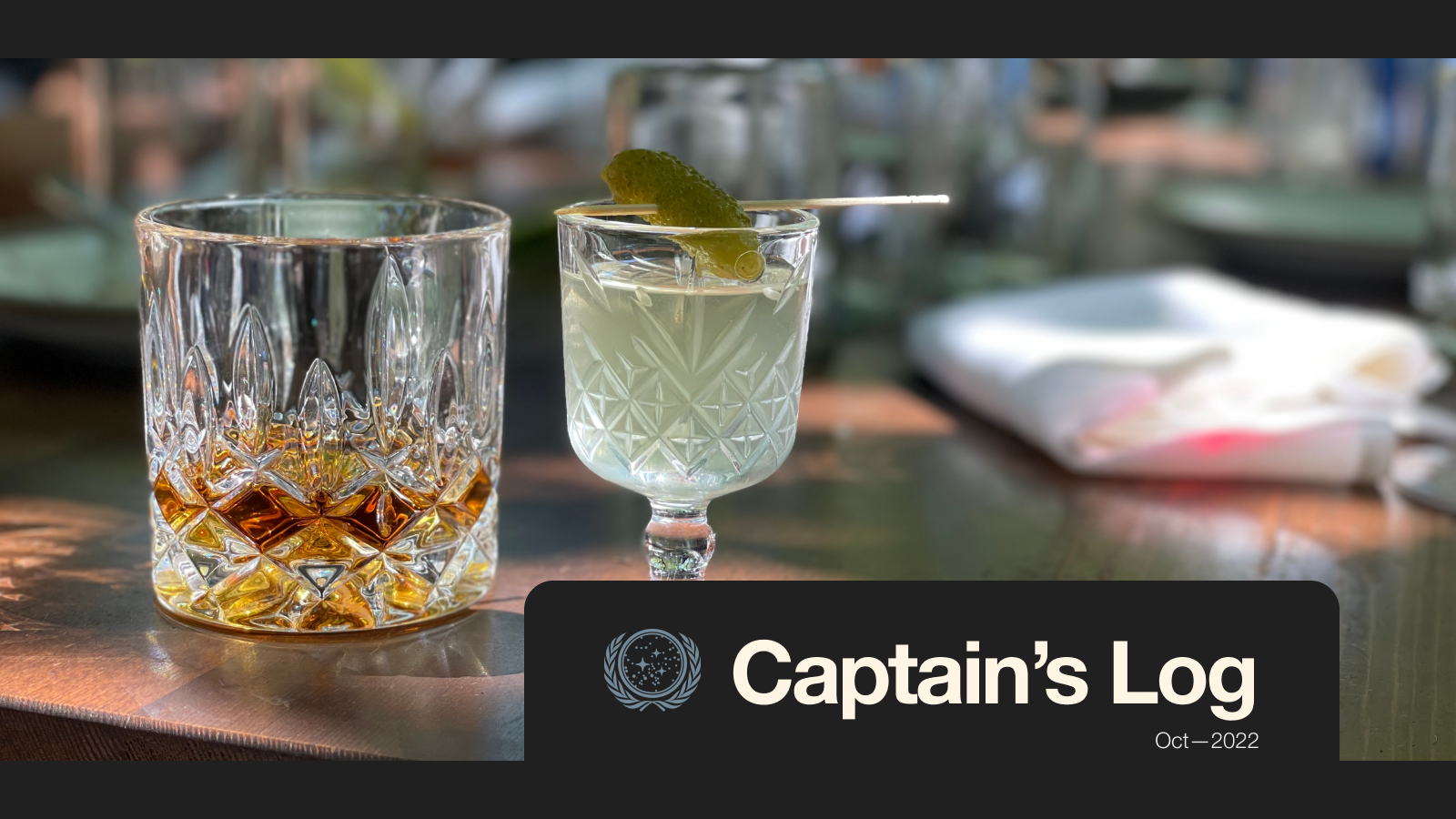 The star of this issue is my latest project: Hoo Boy. It’s a newsletter I send every other week where I write for founders navigating how to manage (1) themselves, (2) their team, and (3) their company. If that sounds fun, sign up here or read an issue here.

Two newsletters from one person might be confusing, but I’m keeping Captain’s Log and Hoo Boy separate. Captain’s Log is personal (and sent ~2-4x / year), and Hoo Boy is about my work (and sent 2x / month). Sometimes there will be overlap, but I figured folks would prefer to opt-in to something sent more frequently.

One of the main reasons I write Captain’s Log is that I think people dig reading an honest perspective from someone trying to figure out their life and career. So, below, you can read about where Hoo Boy came from and why it’s something you can count on to stick.

Where Hoo Boy Came From

I began coaching founders in the summer of 2020. I immediately found that I loved it and was pretty good at it. But I’ve felt like something is missing in the two years since. It was like nachos without tortilla chips, Oreos without the cream filling, a Rick without his Morty. These things are all good, but they’re incomplete.

I’ve been trying (and failing) to fill that void with creative stuff ever since, so when I felt stuck again in April, I slowed down, zoomed out, and took everything I’ve learned about helping clients and applied it to myself. And it turns out the stuff works.

My biggest insight was that I needed to find a topic that I found so interesting that it could readily compete with just about anything else for my attention and win. When studying the research on human motivation, Dean Keith Simonton (Greatness, p. 141) wrote:

“…we might do better to say that all the motives that can stimulate the energies of the human being all converge on a single activity, a monomaniacal preoccupation.”

The normal-person language version of this is probably “obsession,” but obsession calls to mind the lady in the Starbucks line talking too loud on her phone, “Oh my god, I am obsessed with oat milk.”

To be monomaniacally preoccupied hits different. If there’s a spectrum from 0 - 100 of how monomaniacally preoccupied you are, at 100, you’d always choose to spend time on that thing over your family, friends, Netflix, exercise, or anything else. I think my optimal level of preoccupation is north of 50 and under 100—the thing would be able to compete (and win) most of the time, but I wouldn’t be a slave to it.

After some digging, I found that almost all the work I’ve loved doing the most has to do with understanding how people effectively organize to solve problems for other people in a way that doesn’t suck for the people involved. Some people might call this “management,” but it’s probably “management that doesn’t suck.”

I keep coming back to this topic for at least two reasons: one from watching my Dad work as I grew up and one from my own experience starting and building companies.

First, I grew up watching my Dad come home from work in a foul mood that made it clear “work” must essentially be Mordor, and I’d later listen to him advise me to choose work I’d enjoy. To some extent, I want to save all the parents and kids from stress, dark moods, ensuing arguments, and so on. To call it easing suffering feels dramatic, but that’s what it is.

Second, I’ve started three companies and coached more than 30 founders. Quitting your job, coming up with an idea, and getting product-market-fit (”PMF”) is hard enough. But after a founder gets PMF, they have to become reasonably competent in an uncanny number of new areas and skills in a short period or face the market’s gallows.

Now, management that doesn’t suck is something many of people could get interested in, but if I’ve learned one thing from my experience founding companies and coaching others, it’s that a broad audience may as well be no audience. So instead of starting with an ambition to create a grand unified theory of management for all millennial managers, I’m starting with the folks who’ve taken the leap to start their own business and have self-selected into being willing to try their best to learn whatever they need to for their business to succeed.

Hoo Boy is where I’ll be writing about that journey, and while I have other aligned project ideas, I’m going to let those marinate for a bit longer before sharing anything about them publicly.

Why You Can Count on Hoo Boy Not to Disappear

To learn from past experiences, I did two things differently with Hoo Boy. First, I slowed myself down after feeling “ready,” making myself wait two months before getting started to make sure my whole heart was in Hoo Boy. Second, I made sure I was committing not just to start the newsletter, I was committing to publishing for at least a full year.

I’ve quit a lot of stuff, and I wanted this newsletter to be different. All three companies I started, I quit. The first, I quit after a year. The second and third, after four years each. And since the third, I’ve started and stopped several projects after only a few months.

When I looked for patterns, I discovered that when I find myself in-between projects, the anxiety of doing nothing leads me to rush into something my whole heart isn’t in. Months (or years) later, I inevitably decide to be honest with myself, and then I quit.

The most interesting part is I always knew the thing wasn’t right for me really fast after committing, but then I couldn’t get over the sunk costs and summon the courage to call it quits.

So this time, I put myself on pause when I felt “ready” to get started on Hoo Boy, redesign my website, announce the thing, and write the first issue. I committed to waiting two months before writing my first issue. If I were still excited on July 15th, I’d have passed the period where I’d usually have realized I’d committed to something halfheartedly, and it was safe it proceed.

The other insight I had was that it’s really easy to start something if you think of it as an experiment, and that’s a good thing. But this time, I didn’t want an experiment, I wanted something I could commit to and others could rely on. So instead of committing to start writing a newsletter, I committed to publishing it for an entire year.

So that’s a long-winded way of saying this thing ain’t going anywhere, at least for the year. But so far, I’ve been lovingwriting it in a big way, so I anticipate it will go on much longer.

The first issue went out July 24th, and issue eight goes out next Sunday. Sign up here.